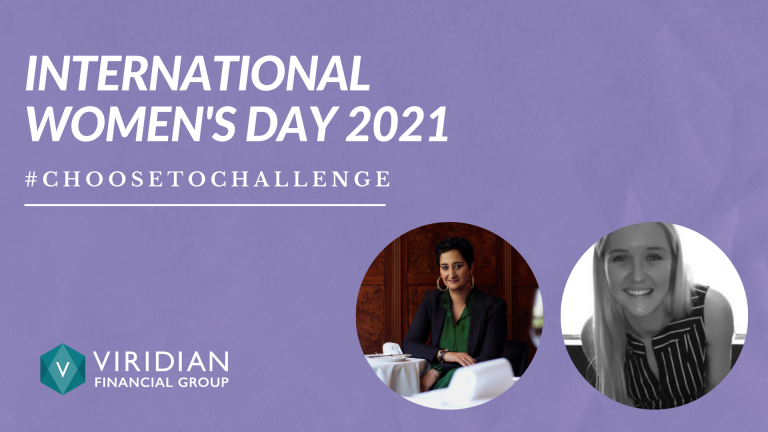 A challenged world is an alert world. Individually, we’re all responsible for our own thoughts and actions – all day, every day.

Monday the 8th March was International Women’s Day. A day to celebrate the social, economic and political achievements of women. It is also a day that represents a call to action to accelerate gender parity.

The theme for International Women’s Day 2021 was #choosetochallenge.

We celebrate International Women’s Day each year at Viridian Advisory, and despite the challenged office environment we are now all facing, we were not going to miss the opportunity to celebrate this wonderful movement.

We were lucky enough to be joined by CEO of Food & Wine Victoria, Anthea Loucas Bosha. Anthea spoke candidly about her career; from leaving university to cut her teeth at the Herald Sun to moving back to Melbourne in 2017 to take up the mantle at Food & Wine Victoria. All the while the words of her mentor Phil Scott “Just back yourself mate” ringing in her ears.

Anthea stresses that authenticity was “everything” and that she takes pride in honesty and transparency; and that she learnt how “not” to be a boss from early experiences in her career.

The need for authenticity was a key theme for the session as the interview with Anthea followed by a panel of leaders within Viridian who spoke further on the topic #choosetochallenge, including unconscious bias and gender perceptions in the workplace. Executive Advisor Virginnia Hottes shares her early days as a female in financial services as being filled with a pressure to challenge things about herself to succeed, but ultimately it was staying true to herself that has led her to the position she is in today.

It’s important that the conversation does not stop tomorrow and that we use International Women’s Day as a platform for continuing the drive to highlight how far we’ve come but also how far we have to go.

Victoria McCosker is an HR Business Partner at Viridian Advisory.

How to prepare for a job interview at Viridian

Login to Viridian Advisory
Reset Password
Enter the username or e-mail you used in your profile. A password reset link will be sent to you by email.